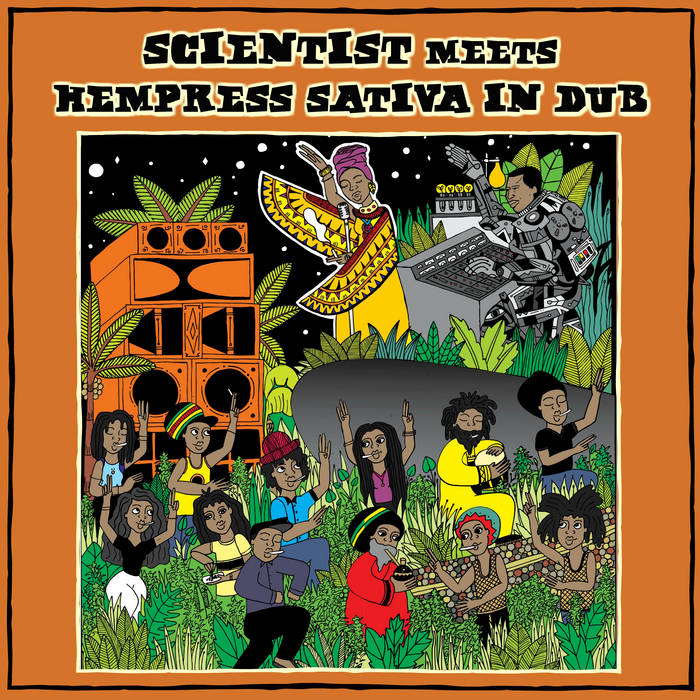 This Is a 10 track Dub Album Produced by Conquering Lion Records and mixed by The Scientist slated for released on February 11, 2018. Preorder starts January 19th the Album will be available on all digital platforms Amazon iTunes Apple Music etc. For vinyl Distribution log on to www.hempresssativa.com

The Album is an evocation to Jamaica’s 1970’s Dub era as The Master Of Dub Mix Hopeton “Scientist” Overton Brown In true essence and respect for the culture uses an Analog console to manipulate the riddims; while transforming the words sound of the “Lyrical Machine” into musical mysticism that transcends the norm. The Scientist recreates a phenomenal balance of Old School meets New perpetuating a Sound System enthusiast dream isolating instrumentals while unleashing a thunderous bass effect. The Album also boasts a distinctively different mixed of “Wah Dada Deng Boom” by Paolo Baldini of Dubfiles. Hempress Sativa released her debuted Album titled Unconquerebel earlier this year January, 2017 and is available on All Digital Platforms in Vinyls and CD’s

Produced by Conquering Lion Records and mixed by The Scientist

Bandcamp Daily  your guide to the world of Bandcamp